PCB design software programs have been receiving updates regularly with significant updates and changes. Updated versions are not limited to fixing bugs but also adding more often complex features and capabilities. It can be incredibly difficult to learn a new tool after spending years working with another tool, resulting in a feeling of uncertainty by the designer in terms of wanting to spend the time and effort to learn a new tool.

Altium Designer has been arguably the front runner over the years in developing and improving their PCB design software. Altium software boasts that it is a single source solution with one common environment for developing hardware, firmware, and software. It is a package that can be utilized from concept to manufacturing.

We have seen many of our existing clients move to Altium Designer from a different package and more new clients using Altium. But with the increased demand for expert Altium users, some designers are finding it difficult to switch to and learn a new tool after so many years working with a different one. 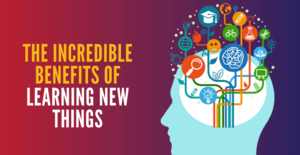 To learn a new tool like Altium Designer, PCB designers can either go with the sink or swim method or the go to the source method. Under the sink or swim method, the designer sits down at a machine and designs a board using Altium and learning as they go. The problem with this method is that shortcuts and key combinations have often been ingrained in the designer's mind and it can be difficult to let those go. The go to the source method is going to Altium for training. Altium training is offered through in person and virtual sessions.Being taught by the people who help develop the software can provide additional confidence in the designer.

Designers at 911EDA have gone through both methods when they first started using Altium. Their recommendation is to utilize the training provided by Altium. All PCB design tools are developing new features to handle the increasingly complex technologies being used, and these features can be difficult to learn on your own. Rather, having a true Altium expert teach designers the intricacies of the tool results in a more well rounded skill set.